Meet the Guests is where we showcase the creators that you may see at your local comic convention. This time around we feature artist Bill Morrison. 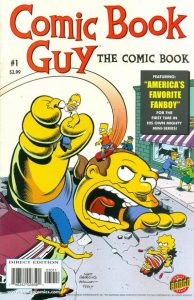 It would have to be my incredible 102 issue run on Fantastic Four. Next to that, probably The Simpsons.

No, I don’t charge for autographs. It’s my secret shame. Years ago I had  beautiful penmanship and would have charged up the ying yang for a signature, but I wasn’t famous then. Now that I’m a big shot cartoonist my handwriting has degenerated to the point that I would be ashamed to accept money for an autograph.

Only shirtless photos. (If you’re embarrassed, just ask for “The Putin”!) 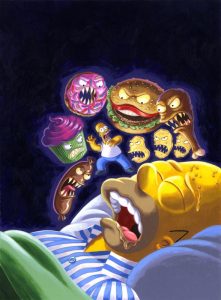 Yes, just say pretty please and bat your eyelashes. Some people have contacted me prior to cons to get on my sketch list early. I’m not sure how they do it, so you’ll have to ask them (though I am on Facebook – Bill Morrison/Atomic Battery Studios.)

Can I arrange a sketch or commission ahead of time to be picked up atthe con?

I prefer not to take commissions ahead of time. I can’t be trusted.

Yes, especially if it’s a comic I had absolutely nothing to do with. 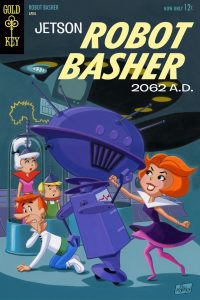 Usually comics and prints, though I occasionally have original art and merchandise items that bear my artwork (such as Little Mermaid Fish Sticks and Homer Simpson Hemorrhoid Donuts).

Yes, I have a great one that involves Matt Groening and a young fan who ate one too many convention-dogs for lunch. It’s a much better story in person than in print, so ask me to tell it when you see me at a con near you!

What is the weirdest/coolest thing that you have been asked to draw?

Somebody once asked me to draw Santa’s Little Helper humping Radioactive Man’s leg. No kidding.

Not really. I’m always happy to accommodate requests. There have been a few times when my table was right next to the men’s room. I’m not crazy about that.

Warning: A non-numeric value encountered in /homepages/23/d624030679/htdocs/clickandbuilds/ComicConNews/wp-content/themes/Newspaper/includes/wp_booster/td_block.php on line 1021 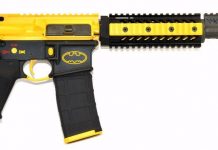 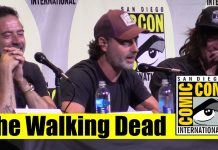 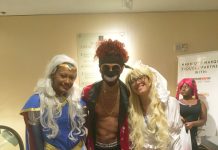